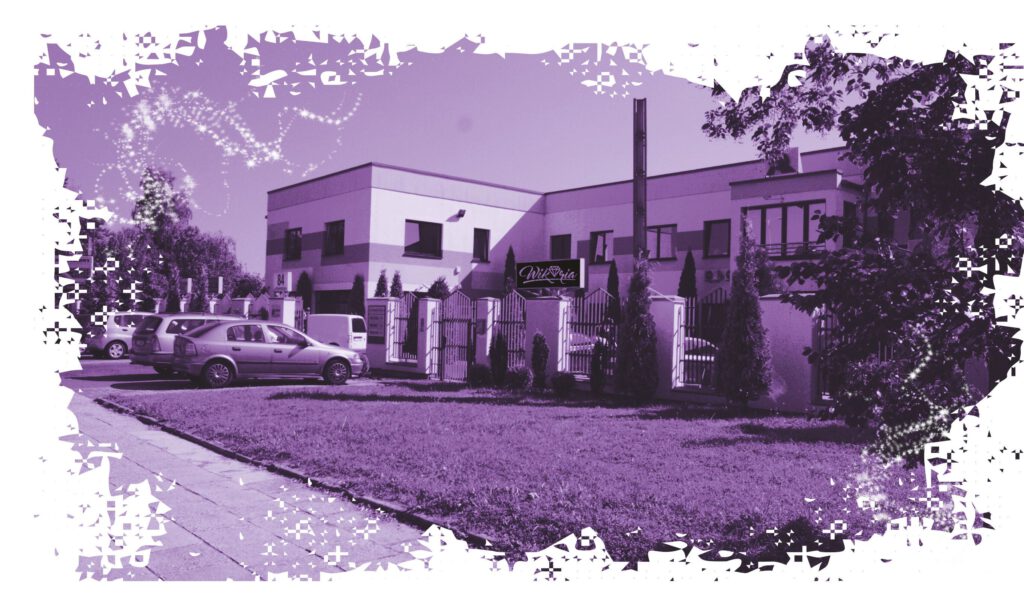 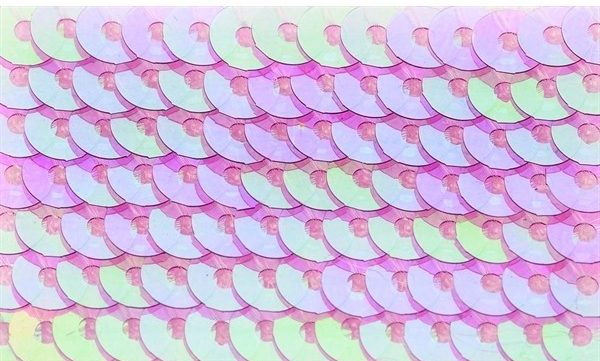 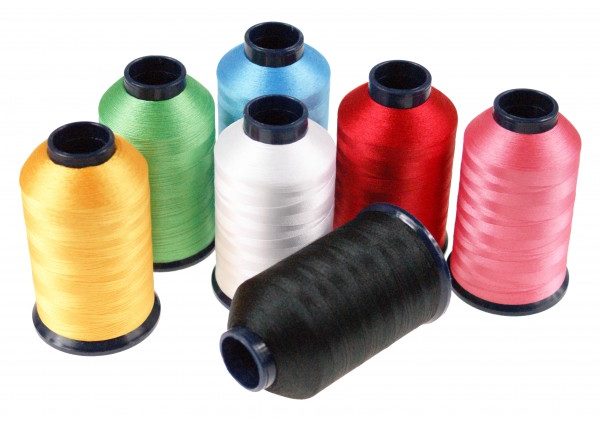 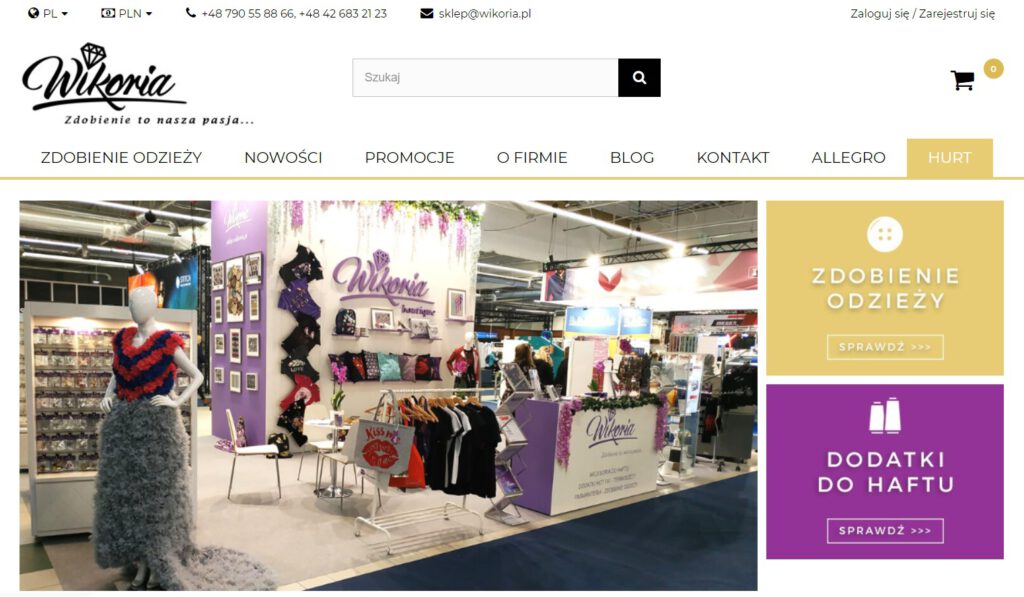 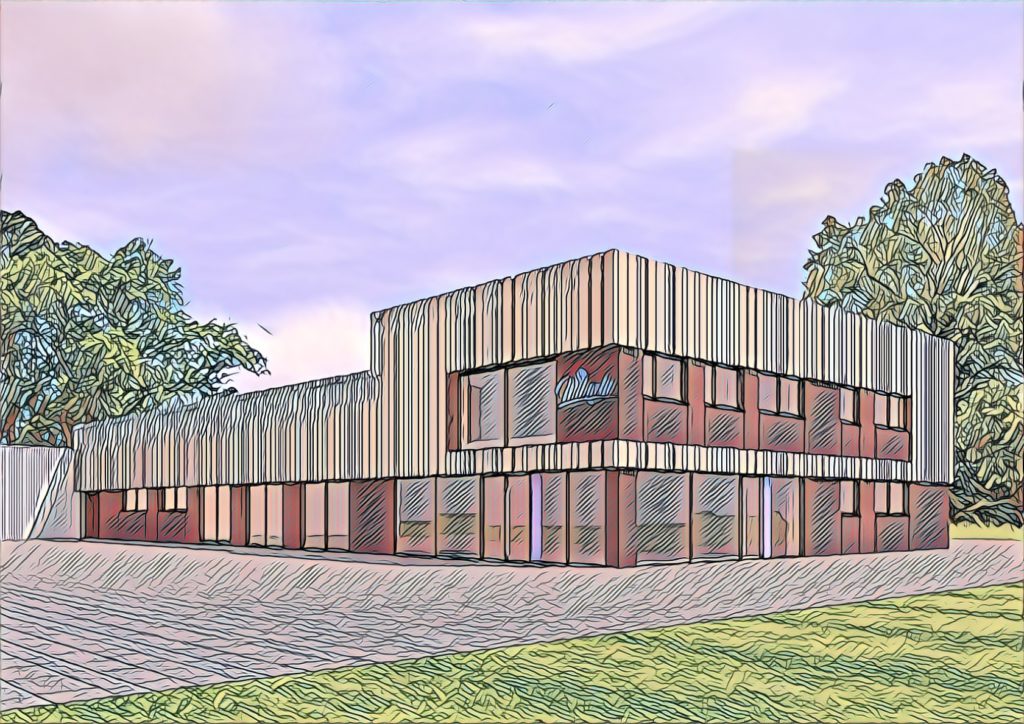 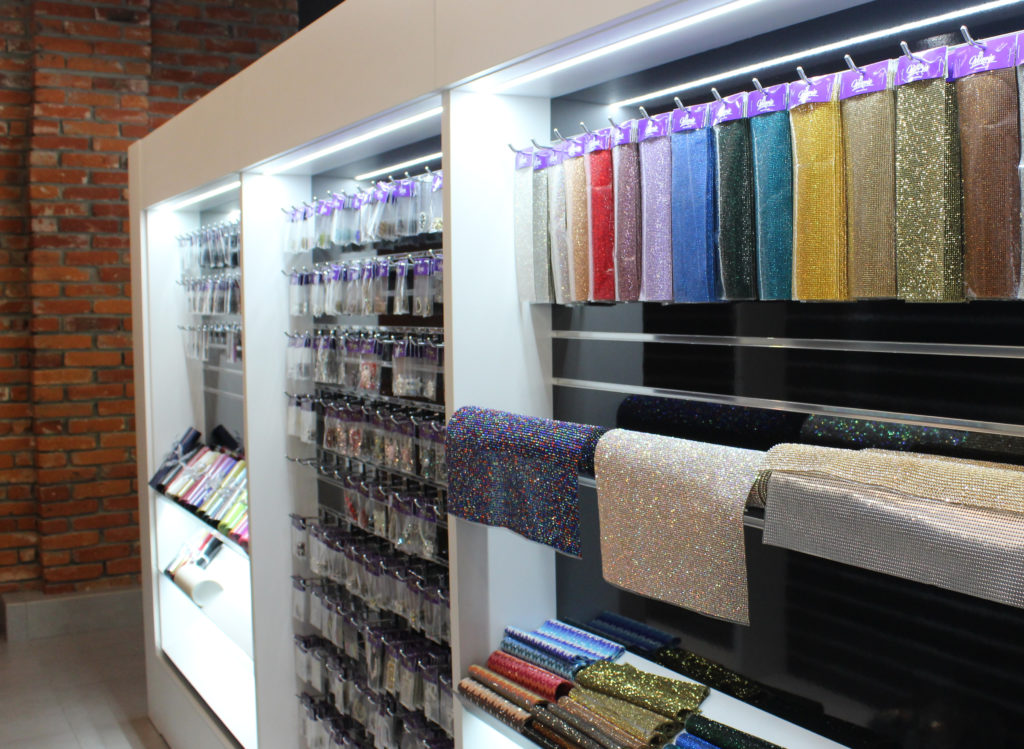 PHU WIKORIA IS EXISTING FROM 2006 WE ARE SELLING HIGH-QUALITY EMBROIDERY ADDITIVES, CLOTHING AND PASMANTERIAL ADDITIVES AND PRODUCTS FROM THE INDUSTRY OF CLOTHING. 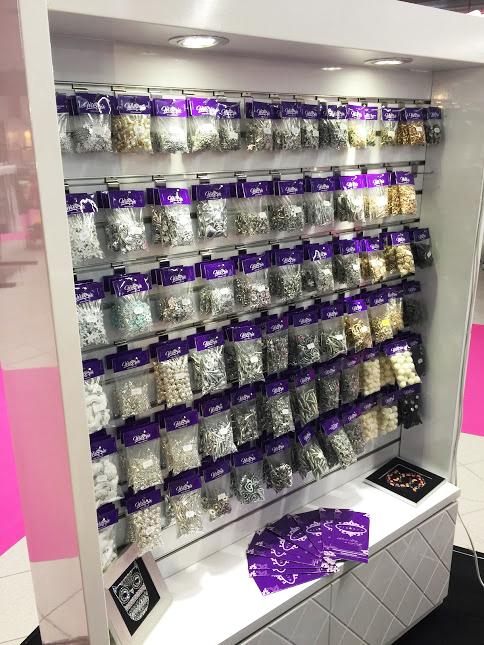 In our offer you will find a wide selection of hot fix thermo-accessories, i.e. glass jets, conical plates, semi-pearls, acrylic stones (faceted), beautifully shimmering thermofoils, glitter vinyl hot fix and other products for decorating clothing, e.g. pearls, studs or beads on a string. We are the only representative in Poland of the Korean manufacturer of embroidery threads Chonbang. We have a wide range of colors Royal viscose thread (504 colors) and Royal polyester thread (323 colors).

Our company is also the exclusive distributor of the Turkish company Duzey Mode, which deals with the production of sequins. In our current sale we have 130 colors of embroidery sequins in two sizes (3mm and 5mm). We also sell products helpful in the embroidery process, i.e. non-woven paper and nonwovens, thermolines with and without glue, and embroidery foils, among others hydrofoils, soaked films and thermofoils. We have expanded our offer with ready-made accessories for decorating clothing, e.g. logged plates, brooches, buttons, collars, epaulets, tapes, chains, etc. We can order any accessory that we do not currently have in our offer. Deliveries take place on a weekly basis, which ensures fast order processing. 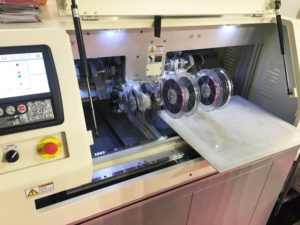 Our clients are companies producing women’s, men’s, youth, children’s clothing, footwear factories, manufacturers, including hats, workwear, outerwear, underwear, towels and bedding. To meet the expectations of our customers and using the amenities offered by the Internet, we offer the option of buying our products via the online store, giving you the opportunity to make a pleasant, simple and quick purchase. We invite you to familiarize yourself with our offer!

WE AT THE FAIR

The third edition of Fast Textile 2016 is behind us … With great pleasure we came to Nadarzyn near Warsaw. The fair organizer pleasantly surprised us with the originality of the hall design – modern, colorful carpets put in a good mood and willingness to act 🙂 Our stand this year was also unique … Lots of space, 50 sqm – we were wondering how we will manage so much space ??? But I succeeded. We managed thanks to teamwork! 🙂 The island of Victoria has been divided into two sections. In one of them we presented on the shelves products for decorating clothes, among others, hot fix thermostats, i.e. glass jets, plaques, semi-pearls, acrylic and plastic stones, thermo-adhesive glitter foils and mesh stone with jets, pendants, guides, decorations, etc. Great interest we enjoyed the sofa on which we displayed hand-decorated pillows and rugs. The back of the background was complemented by a new logo on a white background and a highlighted site with exceptional exposure. Mannequins presented decorated hats and chimneys and clothing using sublimation printing. The second part of the stand was addressed to customers looking for machines for decorating clothes. Wikoria is the only distributor of Korean hot fix motif machines in this part of Europe – NC Korea. We presented action including automatic machine for arranging jet and sequin motifs, stud punching machine and a punching machine. Thank you to everyone who visited us during these three interesting days. First of all, for your interest in our products and services, for valuable comments and numerous praises. We are counting on fruitful cooperation and we invite you to visit us next year 🙂 Greeting

During this year’s edition, we tried to present our production capabilities and new products that will definitely provide you with a lot of inspiration and invaluable tips for the upcoming seasons. An event like Fast Textile is a great opportunity for nice meetings, interesting conversations and valuable feedback. We hope that the contacts you make and trade talks will bring mutual benefits to both you and us and will bear interest in implementing new projects. We are also pleased to inform you that this year our stand attracted a lot of interest and thanks to that we were able to win the main prize in the “Tailor-made stand” competition. It is a special distinction for us, because we put a lot of work and commitment to make it look really special, and this award is all the more valuable to us, because it was granted by visitors – our clients. Thanks to this, we know that you like our products and that our work makes sense. Thank you for your votes and we invite you to fruitful cooperation. Greeting

The V jubilee edition of Fast Textile 2018 has gone down in history. As every year, we tried to present at a high level and I think we succeeded 🙂 What enjoyed the greatest popularity was the richness of our decorations for decorating clothing, but also specially prepared for this occasion hand-decorated cushions, candles or frames presenting our products. We are also very pleased with the fact that our machines have also aroused your interest – the peeler and jeeter. Certainly they will serve to create interesting designs and unique fashion collections! These three special days are a great time during which we established new business relationships with domestic but also foreign clients. We congratulate the organizer on a fantastic recital with Edyta Górniak. It was a really fantastic spectacle 🙂 Thank you to all those who came for nice opinions and we invite you to cooperation. See you next 2019!

The 6th edition of Fast Textile 2019 is behind us. These three fantastic, emotional days felt fast like a dream. Thank you to everyone who visited the palce of Wikoria. We hope that with our flowery decor and production possibilities presented, we have provided you with many inspirations and ideas for new collections, and our meetings will turn into fruitful cooperation. We upload a photo report for those who could not see us personally.

Photos from fantastic garment decorating workshops in cooperation with the Burda magazine (...) The first Warsaw meeting of sewing lovers and fans of Burda Magazine is behind us. Cafe Burda on the tenth floor of the publishing house was bursting at the seams. We are bursting with pride, because our office building has not yet seen a similar event. Now we want to do something that Polish Internet has not seen. #ubranawburde This event started before the date of the invitations. We sent them to sewing experts and sewing lovers from all over Poland, who had previously made us known through emails, replies to Facebook posts, markings in social media and the popularity of their stylizations on our website. A few days before the event on instagram accounts (@jedlinsk, @charczerka, @madebydianak, @mam_kota_na_szycie, @mamaszyna, @lansdwatrzy) you could see the stylizations announced for this day. And it was not about "I have nothing to wear" - people who sew, naturally do not have a problem with it - but the theme of the event: #ubranawburde. According to him, on Saturday, August 25, the last floor of the New City office building, where the online editorial office of Magazyn Burda works, was filled with our hardusers. Dressed from head to toe in handmade items, made to measure and from our patterns. #ubranawburde by the sea was even @ me2u.pl, which could not get to the party. Only Łukasz, the father of 12-year-old Zuzia from Sosnowiec, stood out, who also sews, but only for himself, but for his dad's shirts. (...) WORKSHOPS WITH CLOTHING WITH CLOTHING WIKORIA.PL SHOOTED TO BE ASSOCIATED ATTRACTION. OFFICE TABLES FILLED WITH JETS, APPLICATIONS, SEQUIN APPLICATIONS AND DECORATIVE TAPES. GIRLS WERE SUCCESSFULLY TO CHOOSE THE RIGHT GADGETS FROM THIS RUN, BUT AND PERFECTLY CHOOSE THEM TO DECORATIVE SUCCESSFUL: PILLOW, SHIRTS, JEANS JACKETS, OR EVEN - SHOES. Each decoration was a display of creativity or adequate minimalism, but the Jury of the competition for the most beautiful decorations decided to award jeans shorts (Słoneczna Małgorzata), a denim skirt (Viola Gozdalik) and a blouse with weave (Natalia Lubaszewska) and to distinguish works Made by Diana K and MamaBear. (... )